The journey begins with the arrival of Claudio and his family to Canada with his father Paulo, mother Emma, and sister Wanda. They immigrated to Canada from the small village Lonigo in Northern Italy, just west of Venice. Claudio’s family were part of the broader history of the Italian Diaspora, a migratory movement prompted by poor economic conditions that arose in the 1850’s and lasted over a century. They boarded an ocean liner to Canada and after a long journey, arrived at Pier 21 in Halifax, Nova Scotia. From Halifax they journeyed by CP Rail to Alberta and settled in East Calgary.

After arriving in Alberta, they faced many difficulties and challenges as they strived to learn the language and adjusted to their new rhythm of life in Canada. Through their commitment, diligence and hard work, they were able to settle and raise the family with the addition of a brother Roberto born in Canada.

Claude and Deborah have been together now for 51 years. Throughout this time, Deborah experienced the Love of Family was first only to be followed by their Love of Food. Deborah experienced with Emma this love for family and food as everything she prepared was served with pride. Deborah grew up cooking and baking for a large family of sisters and brothers at a very early age however had not experienced nor prepared Italian cuisine until meeting Claudio. Deborah spent many years before Emma’s passing, watching her prepare meals based on the family recipes handed down through generations. Deborah continues the traditions and history, providing the family with Nonna’s Lasagna and Cannoli.

The cannoli passed down through Claudio’s family are a popular pastry native to the Northern and Central regions in Italy. The traditional and most popular cannoli is the Vanilla Pastry Cream. The cannoli are very different from the ubiquitous Sicilian cannoli, which have deep fried pastry shells and ricotta stuffing. In comparison, the northern style pastry shells are baked and stuffed with an Italian cream filling offered in endless classic flavours.

Emma has since passed but her memory is honoured by baking and cooking the recipe’s that are now passed on to our customers and patrons who can enjoy the family history and pride in these unique recipes through the Renaissance brand and the Canada Cannoli Company. 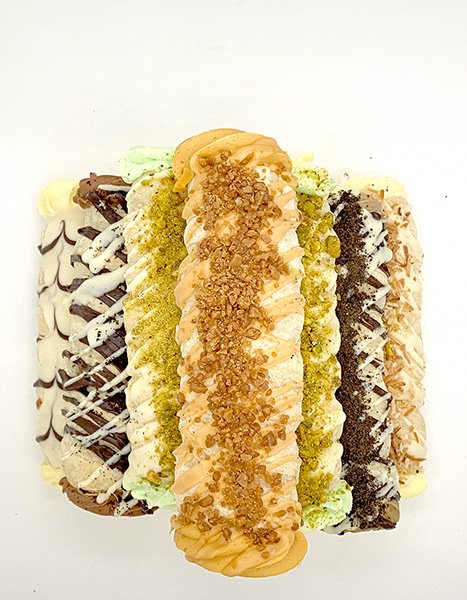 Our Mission in Canada

The Solda’s had partnered with the development team from CIVS Marketplace. The Canada Cannoli Company is a joint venture project and is speared headed on the business side by Steven J Paolasini and Sean G McKinsley.

The mission of the Canada Cannoli Company is to share the generational recipe for Venetian style cannoli and other family recipes with all Canadians. We hope that you will all agree that the Solda family recipes are the best cannoli you will ever taste outside of Italy. 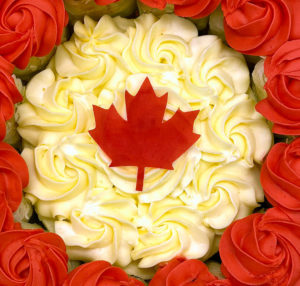 Steven’s ancestry is from Le Marche, Italy. His father, Dr. Joseph Americo Paolasini, is a first generation Canadian whose parents settled in Hamilton, Ontario in the early 1900s. Dr. Joseph went on to become a Dentist and Steven is a business development executive. The Paolasini family share a passion for living a Canadian dream and sharing their Italian ancestry in the great spirit of Canadian mosaic.

Steven Joseph Paolasini is the Vice-President at Canada Immigration and Visa Services Inc. (CIVS). Steven is originally from Grimsby, Ontario and earned a degree in Chemical Engineering (2014) from McGill University, located in Montreal, Quebec.

Steven has business development hard coded into his DNA. He is an entrepreneur to the core. Upon graduation from University, Steven accepted a position in a marketing capacity for a medium-sized energy software company. Shortly after, he launched his first company in 2015 with a fellow co-worker. He positioned the company to assist engineering and law firms with their content and digital marketing strategy. In that same year, he ran for federal politics at the age of 24 and placed 5th out of 8 candidates. He has been engaged in several other business ventures since catching the entrepreneurship bug, including a business incubator that has helped train dozens of people in the marketing capacity and help hundreds of businesses grow.

Steven discovered his passion for immigration when he took on the fight to keep his first business partner in Canada. He successfully self-navigated an Owner operator LMIA approval in late 2016. Upon connecting with Sean McKinsley of CIVS, they worked together and succeeded in obtaining a Start-up Visa nomination for his partner, and his partner was able to return to Canada. It was over the course of this process that Steven became obsessed with business immigration. He is passionate about start-ups and businesses launched by immigrant entrepreneurs. He believes that Canada can continue to improve and be the ultimate destination in the world by importing the best, brightest and most innovative companies, and talent. Steven is achieving this goal as Vice-President of CIVS by assisting business immigration clients in sourcing and starting their business in Canada through various immigration pathways.

Steven aspires to one day run as a Member of Parliament and becomes the Minister of Immigration in the Canadian government. Steven will do whatever it takes to continue to grow the Canadian economy with immigrant entrepreneurs and business owners and wants Canadian immigration policy to better reflect that Canada is unequivocally the best destination in the world for business immigrants.

Sean is the private equity financier for the Canada Cannoli Company.  Sean starts businesses and is a entrepreneur. He also works with businesses and individuals around the world in choosing Canada to invest their talents, hopes and dreams.

Mr. McKinsley is a Member of the Canadian Association of Professional Immigration Consultants.

Mr. McKinsley is a specialist in Economic Class Immigration. Mr. McKinsley’s practice focus is on the Owner Operator LMIA business investment pathway for resettlement to Canada. He has successfully assisted clients in resettling to Canada from all over the world including former residents of India, Dubai, Saudi Arabia, Bahrain, United States, China, Hong Kong, Europe and South America.

Mr. McKinsley is experienced in public policy, business and has served as the Chief Operating Officer of a Western Canadian Law Firm.

In the past, Mr. McKinsley headed the public opinion research branch of JMCK Polling which served an extensive list of clients including senior Members of Parliament, national news media and private sector energy firms. Mr. McKinsley served from 1996 to 2000 as the Executive Assistant to two prominent Members of the Parliament of Canada. He has also worked as a senior political strategist on national leadership, provincial, and municipal campaigns. Prior to this, Mr. McKinsley was the Executive Director of the Alberta Taxpayers Association.

Mr. McKinsley has a B.A. in Political Science from the University of Calgary (1996) and an Immigration Practitioner Diploma granted by CSIC (2017).

Get special offers and discounts